If It's Not The FF Roulette Computer

It's Not The Roulette Computer

And It's Not Happening

Casino cheating devices need to be covert as the FFZ roulette computer. A roulette player can have it inside a sock, walk in the shorts and nobody would notice it. FFZ is fast accurate and flexible casino cheating device. The FFZ system hardware is built on a small printed circuit board about 4mm in thickness. On the board are microcomputer chip, button cell battery (CR1632), a power switch at the top and golden contacts at the back of the board. Gold contacts touch the player’s skin to signal the player with electric zaps when the ball is over the predicted number.

When the ball spins, the system produces the zap, at that moment the player needs to see prediction number under the ball. In the case, if he did not see it or unsure the system repeat signal next time the ball crosses the number. The player also can continue with clocking ball rotations and the system will predict again. Having multiple predictions during the same roulette spin is our unique patented feature for roulette computers.
The strength of zap signal is adjustable for the players comfort and automatically memorised for future use. Systems board has a small socket for an external clocking switch.

FFZ’s microchip is perfect for real timing applications where measuring time needs to be accurate and stable. With such design, it suitable for predicting roulette-tilted wheels, slightly tilted or even levelled wheels. The latest Acrobat program also includes an advanced timer for professional roulette visual ballistic players and Dealer Signature control timer. FFZ predicts in a noisy, real casino environment and talks all languages. It’s a preference for players who when playing prefer to have free hands and perform clocking by foot. FFZ roulette computer is perfect for someone who loves to play roulette but start understanding that traditional methods because of mathematical advantage casinos have don’t work. Roulette advantage play is proven to work, and casinos are doing everything they can to prevent advantage players from taking some of the profit they make. On the other side, we are trying to stay ahead. Reducing size, increasing speed, performance and always finding new solutions. FFZ roulette computer support is at our forum’s private section or by phone or Skype.

FFV roulette computer is small enough that a skilled player may hold it in between two fingers, playing cards, inside a top shirt pocket, trousers pocket etc.

The device includes everything on the board. At top side, it has clocking switch small coin vibrating motor and a battery compartment. The main systems brain is a 28-pin micro-controller carefully selected for ultralow power consumption. To preserve power smart software design lets the device sleep each time the device waits for something form the player. When the device sleeps, power consumption is close to zero. The very small CR1632 battery would last for hours. On the system’s board, there is also a small plug, used for upgrading the systems program.

FFV does not need external wires or anything else. It is suitable for hand clocking, which most novice users would do. FFV works with the same software program as FFZ, but instead of electric zaps to the player’s skin, it uses a small vibrating coin electric motor, which is only 3mm in height. The FFV roulette computer communicates with the player using vibration that the motor makes. For example, when the ball is over the predicted number, it vibrates. The system also incorporates Roulette Visual Prediction adjustable timer and Dealers Signature two-stage timer.

The devices board protects plastic/rubber cover moulded to the size of the board. FFV is the most wanted roulette computer is. Players who prefer clocking ball by hand use it. The  FFV roulette system doesn’t need any additional components attached, but it is more like holding the 10c coin it makes it the most covert roulette computer.

FFA roulette computer is different, it talks, and it has the option for team players. The system uses Bluetooth to send the audio signal to spy earpiece for the additional player. The player does not have to use Bluetooth; instead, you can plug an induction loop wire directly to FFA and use BT only when playing in a team. Once it sets, it is easy to operate it, but the FFA does not have all flexibility as FFZ or FFV has. Personally, I do not like wires around my neck and earpiece in my ear, as it is required for the induction loop.

FFA is a team play device. The question is how often you will play in a team. Be aware that all talking computers need more time to predict. With a talking roulette computer, the player can clock the rotor only when it is in particular position, same as with the ball cocking. They need to know the position of the numbers to be able to predict. Instead of timing the root at #0 we tried with opposite numbers. It makes results opposite as well, but experienced player each spin can shift it.

It saves some time but still, it is not enough, and it makes confusion. Later on, some who are selling mobile phones as roulette computers adopted our solution, claiming how it solves all problems. No, it doesn’t. I would suggest FFA or talking computers only if you exactly know that it is what you want. Because of inflexibility, the FFA is a bit outdated; it cannot be upgraded to the latest Acrobat software. Serious roulette players need flexibility which only devices like FFZ and FFV can provide.

Important When Choosing a Roulette Computer 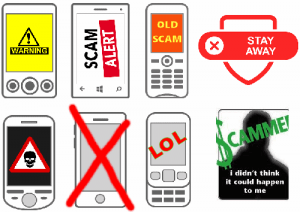 For all three roulette devices here, hardware design and preparations for manufacturing are completed by myself; however, the software part is teamwork from players. At the roulette place forum, we have a private forums development section, where players ask for features and suggest solutions. We also have easy, unique upgrades available for all FF’s. Users can download the latest program and upload it to the device they have. This way players are active in the development of roulette computers and try various methods to predict roulette outcome. Upgrades are free of charge, and the possibility of downloading the latest program saves a lot of time for everyone.  All FF roulette computers are custom designed and made for performance, keeping in mind speed, accuracy, secrecy and practicability. As you can see there is no difference in accuracy from all 3 roulette computers compared here. The main difference is in the way how the device communicates with the player. On the right side of the page, there are bar charts with estimation for each roulette computer’s characteristics. I prefer the FFZ roulette computer but most of the users prefer the FFV.

For a full list of the FF roulette computer features, please visit the Software & features page. 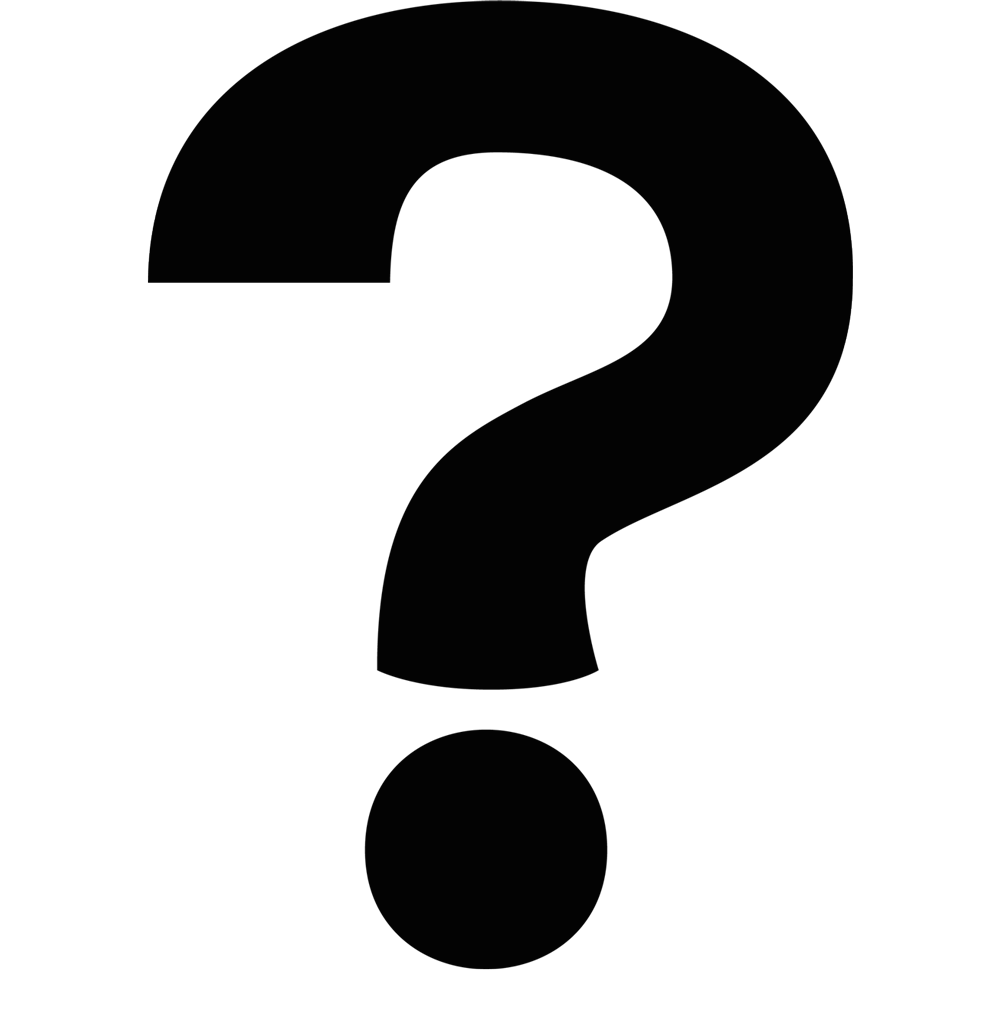 Can FFZ roulette computer be used in casinos that spin the wheel clockwise, then counter-clockwise?

Sure it can. Most casinos spin roulette wheels in both directions. Not only that, you can each spin play on one of 4 different table regardless of ball direction. In one second the system can change the table and predict it.

I prefer the FFZ over any other FF’s. Most players form Roulette Place forum prefer the FFV.
If you refer to any other roulette computer (roulette cheating device) advertised on the net, there is not even a  single proof that they work and members at rouletteplace.com have them all. (Some positive feedback about Mark Howes roulette computer). Perhaps some other roulette cheating computers may exist but kept private.

Can a roulette computer predict any roulette wheel?

No, but can predict many. Some scammers that were selling applications for mobile phones were advertising that, but even they gave up on it because all real advantage players laughed at them.

Is it hard to learn to use FFV roulette computer?

I would say no, most people didn’t have to ask even a single question how to FFV or FFZ roulette computers. Some others did need some help.

Is roulette computer legal to use in my casino?

We make them, and that is legal. For questions like that you better ask local gaming authority.

Yes and very easy, such induction loops can be detected from few meters distance. Even some old person next to you with a hearing aid may hear your numbers. That is another of reasons why we stopped developing talking roulette computers. At one point the suspicious people were behind me with some device, but I am not sure with what and why. Once you start winning never know what, they would check.

No,  I do not, but all scammers promise they do because they know you are far away. If you are close and insist to come as one of my players did to the guy who sells mobile phones as a roulette computer. He will find all reasons why he can’t do it. For three months he was promising to show him a live demo but on end told him he would come and show him only his video. Still advertising on his web pages how people can come for a live demo. It is just a marketing strategy, I assume it helps them to believe that it gives them an advantage over products where people don’t use it to manipulate potential roulette computer buyers.

Devices which use a lookup table and voice chip to output the number to an earpiece may be more elegant, but I like this approach; it is simple, will run forever off batteries and is far more covert. You will also end up with a much better understanding of roulette prediction techniques with a device like this as opposed to an all-talking, all-doing, Bluetooth equipped, the histogram creating device.

Often discussion in between roulette advantage players is about the accuracy of human clocking when timing the roulette ball. I believe this article will provide valuable information on that subject. This short video demonstrates roulette

How to test the FFV roulette computer for free?

I would like to highlight it once more. Once when device is available for sale to public as the FFA Roulette Computer was from Jan. 2009, it wasn’t any more under our control, who else except members will be able to purchase it for testing. The reason why casino...
Read More

My roulette computer and casino investigation.

Another of our computers is purchased by casino investigator Casino consultants bought another of our roulette computers for further investigation in the effectiveness of such device. Is it okay or problematic for us? I do not know; I always try not to get too much...
Read More

First Michael Barnett's brief review. You can read the same or comments to his report at my forum pages. The unit is supplied in a 4XAA battery box with two of the battery connections removed; space thus created houses the PC board. The PC board is professionally...
Read More

First casino consultant Michael Barnett's brief FF roulette computer review. The unit is supplied in a 4XAA battery box with two of the battery connections removed; space thus created houses the PC board. The PC board is professionally made, and screen printed. The...
Read More