Roulette prediction in any ball rotation

The Acrobat software can predict at any moment during the spin. Once you set it, all you need is to clock the rotor than at any moment during the spin clock at least two ball rotations (by default). As soon after clocking, the system will predict. If you continue clocking, the system will predict again but this time when computing result, it will use times from all clocked ball rotations. The system can predict as early as 21rotations before then the ball drops.

It is useful where accurate predictions are possible only at particular moments during the spin. The system can be set, so it predicts only when the ball has a specific amount of rotations until it drops.

Multiple predictions are unique to Acrobat roulette computer software and it is a right way of testing systems linearity of prediction or when it is possible to increase accuracy with more ball rotations clocked. You can have a prediction and continue clocking the ball, the system will predict repeatedly. The system for calculation uses as many rotations as you clocked. More rotations clocked in usual produces better results.

After prediction, even if you do not clock the ball for more rotations, the system predicts once more. The Acrobat program calculates ball and rotor movement, and when the ball is above the same number again, it predicts once more. It would be just in case if you did not see it well when predicting the first time. If in between double predictions you clock additional ball rotation the system will make a new prediction based on new rotations clocked.

Understanding importance of multiple predictions is a clear indicator of our focused on real casino play needs. This feature can be used in combination with many others. For example, as it often happens, someone may interrupt your view; you can simulate click get a dummy prediction then click again after 1, 2, or 3 ball rotations and still get a proper prediction. The Acrobat program is intelligent and flexible enough to understand such situations.

Clock full rotor rotation or clock half of rotor without and previous settings. The player instead of half rotor clocking optionally can even use a quarter. With FFZ and FFV roulette computers software the rotor can be clocked at any position.

After the moment when the ball is passing last time diamond where the player was clocking the ball, the Acrobat 4 program will signal the player until the ball drops. For example, six additional zaps/vibrations mean that the system expects the ball drop at diamond 6. Of course, the player doesn’t have to notice it every or to count signals. It is only additional information that may be used for better understanding and monitoring of predictions. After spin ended the player can request from the system information in which ball rotation it predicted and at which diamond roulette ball dropped.

After setup, the system is programmed to predict the best it can position where the ball drops. It may be slightly off, or the ball may jump. The system has an option of offset adjustment where on top of prediction it can add a particular amount of pockets for the ball jumps. It is easily adjustable during the play without the need to go to menus. Adjustment is independent for each ball direction. If Auto-Play is used the manual offset settings are ignored.

I’ve seen people call a mobile phone a roulette computer, where even basic options of the system which are required when playing have to be selected using the display. It only indicates a lack of roulette playing experience in a real casino environment, but also that the program is cheap and simple. There is nothing worst than be forced to interrupt play, leave the table and go to restrooms to adjust or to change some settings. All listed features of the roulette computer here are important, some more some less. A huge asset of the Acrobat software is the option tor the payer to adjust or select anything he wants from the system without ever looking at the device. It is because the FF roulette computers are built by roulette players for real roulette players and real casino conditions.

Magic ball clocking is another exciting feature of the Acrobat program. It provides the player with great flexibility. Since the system can provide multiple predictions, the magic ball clocking allows and different amount of rotations to be clocked as one. For example, the player may clock two ball rotation then look aside what is the situation around; then three rotations later click again. The system will understand and exactly know what has happened. It is also useful if the players view with the wheel was blocked for some time.

The player can lock rotor to a particular speed and predict roulette spins without clocking rotor. The system will use the time for rotor from the last clocked time. With this option, the player can play without any additional settings one spin clock rotor, and the other doesn’t. It is useful if the dealer spins rotor slow where even half rotor clocking is too long. Due to the flexibility of the program each spin the player can decide will he clock the rotor or not. Just another great idea from players! 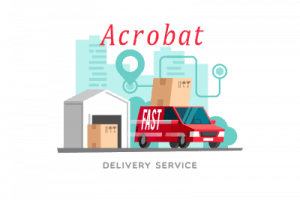