It’s a Long Way to the Top

We are roulette players grouped at rouletteplace.com advanced forum. At RoulettePlace Development section is everything we do. The forum helps us to share ideas and knowledge, to develop acceptable roulette methods. We expertise is in the main three areas of roulette advantage play. Our approach is simple but with powerful ideas: learning, growing and sharing a loop. Therefore the improvement is our primary product.

With our collective knowledge, we solve real casino roulette play problems and share tangible benefits with our members. We are passionate about what we do. We will rise to a challenge and enjoy doing so. We use a combination of applying member’s experiences, ideas, feedbacks and passion for problem-solving. We are consistently looking closer to the game and seeing further than anyone else. 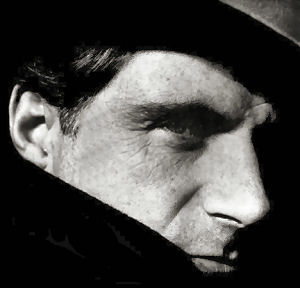 I am Santa who has too much time on his hands when is not a Christmas. In between Christmases I work with roulette players from all sides of the world and develop Roulette Computers. Some people call me Forester.

By profession I am a Telecommunication Engineer, I have few diplomas in technology. Studied at Faculty of Transport and Traffic Sciences Croatia, Kangan Institute is a Technical and Further Education, Royal Melbourne Institute of Technology. Most of my professional work was in maintenance, improvements and testing.

I was born In beautiful Croatia, and later I moved to spectacular Australia. Since English is not my first tongue often in my writing, you can find some confusing sentences.

With roulette my life coincidently crossed, if you read early articles, you will find and more detailed explanation. When looking from roulette computers perspective, I am all in one. I have an engineering knowledge to develop a product, can write software and have a passion for roulette. If you have any idea how much time, development testing and debugging takes you would understand how that is important. What I do in one day it would take 30 days running from hardware developer to programmer to someone who is testing it. Developing serious program as the Acrobat-4, even from existing the Acrobat-3 where many problems have been solved takes me about a year with all help from users who were willing to help with testing.

Device as the FF roulette computer simply can’t be created by someone hiring Java developer in India. Even if you have all needed solutions, the program has thousands of lines of code and performs thousands of calculations during prediction. You as a user just can’t know where and when the mistakes were created. Java developers wouldn’t even tell you about all problems with Java and timing, running on top of OS. Imagine additional complications of interfacing the program with custom hardware. When I do debug I test, then search in program step by step, simulate data required and go in loops. It may take days even for smaller changes in the program. Java developer has to compile full program each time and can not simulate processes. For that reason, simple and mostly unusable programs are developed on mobile phones or PDA’s only as a simulation for real roulette computers as we make.

You don’t have to take my word for it. Google for Mark Howe, a guy who lost few years developing such computers, and finally gave up on Java and mobile phones.