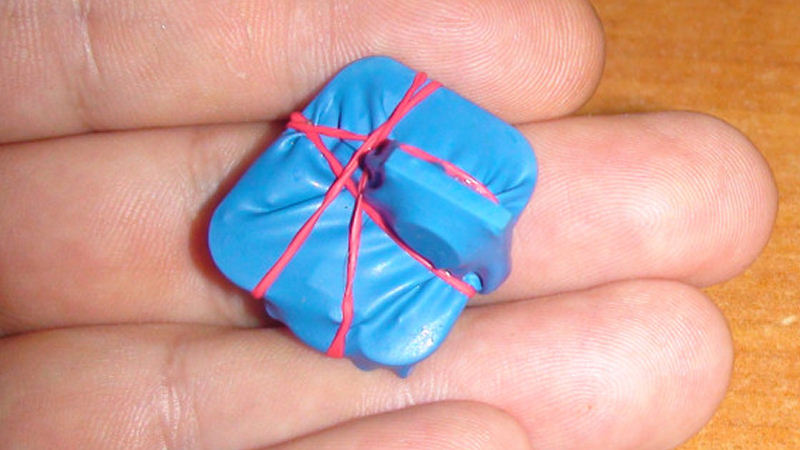 My first personal experience with the FFV-Acrobat roulette computer.

Many people like the FFV.  Previous systems were long and thin. Because of the size, some people liked to call it a piece of chew gum FFV.  A Few people who admired it asked me to modify the board, to make it shorter for them; and I did. The FFV is excellent for hand clocking, but I prefer the foot clocking to have both hands free. For the Acrobat, new hardware was needed, so we decided to make it first for the FFV.

With a new design for the FFV –Acrobat our primary objective was to reduce the size to as small as possible so that it can fit inside the player’s mouth.  The clocking switch could place in between players teeth.  If we managed to reduce the size, to fit in the new mouth, this would be the only way I would use it as I like to have my hands free. Alternatively, I would rush with a new FFZ design.

After some changes in design and consultations, the system was designed and given to manufactures to be made. After five weeks of waiting, it finally arrived. The plan was good with few problems, but nothing unfixable. The most important thing was that a 44 pin microprocessor 8 mm in size didn’t have problems since all pins are located under the chip, and they are very tiny. During manufacturing most likely the robot pushed clocking switches to hard and they all were damaged. That was reparable.

The new processor was taking more power than the previous one used, but after optimising the program, it was fixed. When it has all parameters, the processor performs more than 20,000 functions (searching, comparing calculating) in about five milliseconds to calculate the final result.

As an experiment to protect the circuit board from moisture when it’s used as a mouth roulette computer, I wrapped it inside balloon plastic then cut stripes from the other balloon and used it to keep it in place.

At first, I had some problems clocking set up spins. Teeth are not so sensitive to touch. The main problem was always when just starting knowing where the switch is and moving teeth one millimetre, I could do ball clocking. Soon I learned the system shouldn’t be placed far at the back but about two teeth from the back, then I could feel the switch better.

Yes, it worked,  I could even talk in between spins. It is a covert way to use it, but somehow I found it too messy and didn’t like it so much.

Th system is small; I could place it vertically in between my toes. Can solder a small wire switch that can be placed under my toe and used for clocking while the system board would vibrate in between toes. I placed the system under my toe, inside a sock and found out it works fine; I could feel the vibration without any problems. The old FFV didn’t work well that way since the board was too large and it was hard to feel the vibration since the weight of other toes was also on the board.