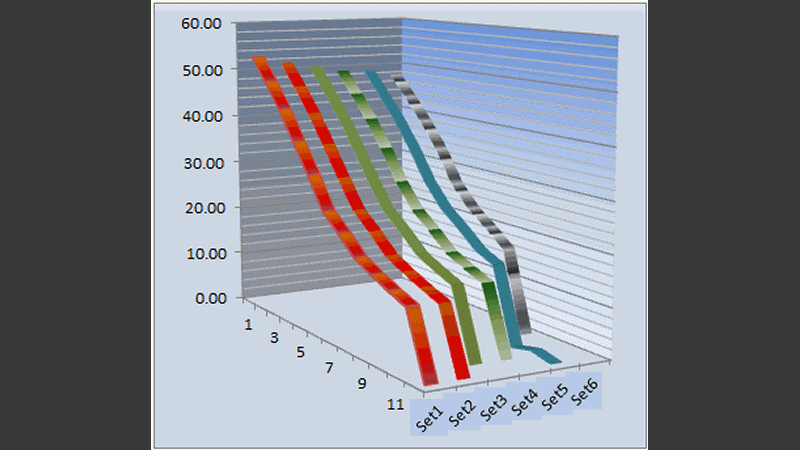 FF-Acrobat is software that is in development for the new generation of FF roulette computers.

The Acrobat software is like using a few roulette computers in one, where each one is predicting, but the system acrobatically jumps in between them to find the best match within a created data array.  The Acrobat doesn’t stop there, it scans for the next best match within the array, compares results and decides how to predict or how to inform the user about prediction to achieve the best performance. 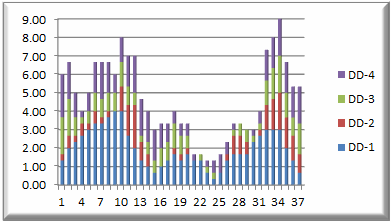 For FF-experts:  With the Acrobat you don’t even have to know which diamonds you want to play, all you need to do is take samples of ball rotations. As explained above, the system uses various controls since it’s understandable that all taken samples are not perfect. The system compares and decides how much of the surrounding data can endanger the system’s accuracy.  For example on a particular wheel 1000 ms. The ball may hit DD at 12 o’clock (ball direction CW) and 1050 ms ball due to tilt on the wheel may make ¾ less of rotation and hit DD at three o’ clock. Such scenario with a reasonable rotor speed may produce same or close to the same result. The system makes full calculation including offsets and rotor speeds, and if results are within limits, the system predicts without any warning to the player.  However, if the next matching sample within specified limits produces a different result, the system will alarm the player.

For FF-novice: The Acrobat also combines previous software capabilities available only with the FF roulette computers. Such options are “Unlimited” predicting at any moment and multiple times in different ball rotations during the single spin. Also, the FFZ and FFV are the only known roulette computers in the world where the player doesn’t have to clock rotor always at the same place and number zero. It ’s an essential feature where the remaining time is critical. For example, talking computers may have to wait 5 sec until the rotor comes to the particular position so the player can start clocking, for that time the FFZ already can predict. Due to a specific design, FFZ/V systems are less sensitive to errors in rotor clocking. 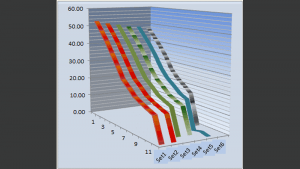 FF Acrobat can adjust the offset individually for clock way or anti clock (CW or ACW) ball directions in usual used to adjust it according to average ball jumps. Also, the Acrobat software you’ll be able to adjust offset not only for each diamond individually but even for each ball speed clocked.

For FF-experts:  You are apparently familiar with diamond hits where the ball jumps backwards or instantly stops. The FF Acrobat due to specific design and high accuracy of the FF’s hardware; can detect such spins and for example set an individual offset for such spins to minus nine pockets. Same can be applied to any of wheel diamonds or ball speeds.

For FF-novice: Don’t take it lightly and never set Individual Offsets if you are not sure in what you are doing.

Acrobat for FFZ/V is suitable for predicting roulette tilted wheels, slightly tilted or even levelled wheels, where the earliest possible prediction is required.  It is also the most suitable system where rotor speeds are fast as 2 seconds per rotation. Using the system is simple, select menu 1 to set (clock ball rotations of few spins) after the set is complete, select 2-5 from the menu to define with which precision you want the system to predict.

For FF-novice:  Clocking a fast rotor such as 2 sec. Rotation range is a hard task for any talking roulette computers since they have to calculate rotor position from the moment rotor is started to be timed. FFZ and FFV do not have to calculate it for so long; they can calculate rotor from the moment of last ball click.  Time for which a talking computer has to calculate rotor may be 20 sec long.  In such time 2 sec.  Rotor moves ten full rotations or 370 pockets. For that reason, talking computers with slight errors in clocking make considerable errors in calculating the final result. FF roulette computers are fast with no delay in predictions response to players commands; it takes only a few nanoseconds (0.000,000,05 s). Java programmed mobile phones working as a roulette computer may take more than (0.1 s) to respond.  The 0.1 s error injected to the systems program regardless if it is because of the operator clocking mistake or because of an inappropriate device used, will create ~20 pockets error.

The first picture shows the Acrobat clocked six roulette spin samples. Two red samples are the longest and the ball drops at the same diamond. Two green samples the ball drops at the different diamond. Blue sample is third diamond, and it has added additional individual offset as you can see it at the end of the line. The grey sample is the only sample set for the diamond 4.

When for example the ball which travels 40 pockets per second needs to be predicted, the system checks users specified precision requirements so the samples may look wider or it may be entirely mapped 3-dimensional area. The System scans for the best possible pathways where the particular ball speed may lead the ball. It also includes the position where the ball will drop rotor movement and adjusted offsets. It compares results and predicts and informs the user about possible mistakes.  It is a rough explanation of the program, there is may more feature, or since the program is still in development stage, there may be some changes.  We come to the point of testing the program’s performance, and it is impressive. It looks better than what was expected.