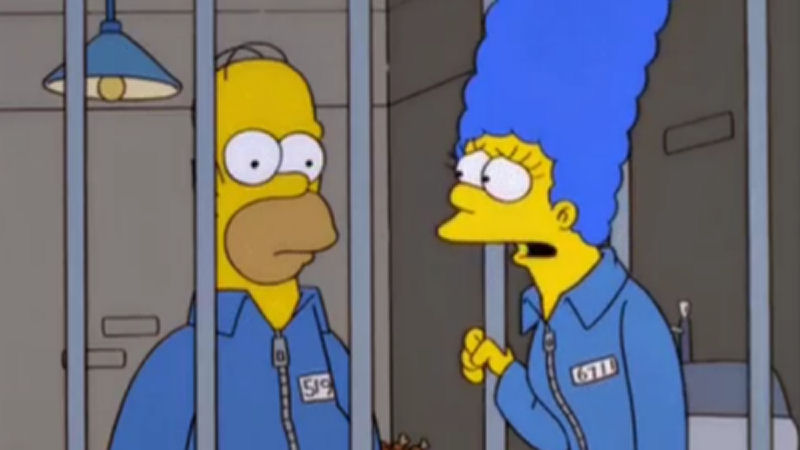 This is a link to an official court case document,
From this we can see that Stefano Hourmouzis is not a scientist and researcher (except self-proclaimed) as he liked to present himself to the world, but someone who only managed to finish high school and decided to scam people for money.

He pleaded guilty to posting false financial information on the Internet.” What he really did and how is better explained at 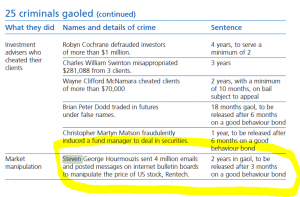 On 30 October 2000, Steven George Hourmouzis was sentenced to two years imprisonment in relation to each of three crimes which he pleaded guilty to having committed by sending a fraudulent email to millions of people in Australia and overseas.

Of the 2 year sentence, he was required to serve 3 months with a good behaviour bond for the remainder of the term.The convictions resulted from spam sent by Mr Hourmouzis and an associate and from bulletin board messages posted by them which were designed to inflate the price of a NASDAQ listed corporation called Rentech Inc in which they had purchased shares.

In May 1999, they sent in excess of three million emails messages to addresses in Australia, the United States and elsewhere. The messages were sent through an ISP from which Mr Hourmouzis had anonymously purchased internet access kits. He used Telstra telephone lines to connect with the ISP so as to avoid detection. Mr Hourmouzis relayed the messages through nine third party servers, which made the messages look to recipients as though they had emanated from those servers. Use of the third party mail servers in this way did not damage them but required them to be shut down in order to clear them of the messages. The businesses that used the servers also became concerned about the effect on their reputation as a result of the spam and that somebody had gained access to the servers.

The spam and bulletin board messages achieved Mr Hourmouzis’s objective. Trading in the shares of Rentech Inc on the day following that on which the emails were sent was ten times the average daily trading volume. The share price doubled before trading was halted pending an announcement to be made by the Company. Rentech Inc issued a press release denying the statements in the email and bulletin board messages. Its share price then fell to below the price at which it had started.The first two counts to which Mr Hourmouzis pleaded guilty were of making statements or disseminating information that was:1. false in a material particular; and2. materially misleading and likely to induce the purchase of securities by other persons contrary to the Corporations Law.

The maximum penalty for these offences is a $20,000 fine or imprisonment for five years or both. The third count to which he pleaded guilty is one which is of more general relevance to spammers. It was of committing an offence under sub-section 76E(c) of the Crimes Act 1914, which relevantly provides that:”a person who, by means of a facility operated or provided by the Commonwealth or by a carrier, intentionally and without authority or lawful excuse….interferes with, interrupts or obstructs the lawful use of a computer….is guilty of an offence. Penalty: Imprisonment for 10 years”. A bulk emailer that uses third party computer facilities to send very large quantities of unsolicited bulk email, knowing that to do so will cause an interruption to those facilities, risks being charged with an offence under section 76E.The sentence in the Hourmouzis case demonstrates that the penalties may be harsh. In that case, a custodial sentence was imposed notwithstanding that Mr Hourmouzis had cooperated with police, had pleaded guilty and had no prior convictions.

That said, he was not helped by an email that he had sent to his associate which said: “This is illegal but I like it. Just don’t mention anything to anyone about anything until we purchase the stock and always keep our true identity very concealed.”